We will discuss Plan Nord’s initiatives to incorporate education and labour force within Aboriginal communities. We will first shortly go into the demographic background of First Nations. Afterwards we will discuss what the actual action plans of Plan Nord concerning education and labour force are. This is followed by a discussion of the responses of different First Nation communities to Plan Nord, a theoretical framework, an example and a conclusion.

The main goals concerning education and labour force for Indigenous people are:

Interestingly it is not mentioned in Plan Nord what those needs specially are, but some of the needs we came across in different parts of the plan were needs in the industrial sector, needs in construction work, mines and hydroelectric projects.

In doing so they want to pay special attention to women in aboriginal communities, so they can take full participation in the workforce. Through making sure they will have equal access to the labour market and providing child-care services for which they do not specify how they want to do that. In addition they are aware of the fact that they have to adopt programs to adult students as well. Educational systems for Aboriginal communities will need profound improvements according to the Comité consultative des Premières Nations et des Inuit sur le marché du travail who pointed out in 2011 that education in Aboriginal communities is underfunded (CCPNIMT, 2011). Or like Huron-Wendat Grand Chief Konrad Sioui states it in the Montreal Gazette: “The education system for natives in Quebec and all over Canada is a huge failure” (News desk, 2015). Nunatsiaq online reports on this topic that $100 million is set aside for northern and Aboriginal education and training (NEWS: Nunavik).

The Plan Nord economic plan has mobilized many Aboriginal communities, non-governmental organizations, unions, academics and activists. They’ve organized the Forum Plan Nord in May 2012 in order to propose alternative solutions to be considered by the government so it may revise its priorities (Forum Plan Nord, 2013). The undefined indicators to measure the feasibility of the plan concerning the educational and labour force for Aboriginal communities have provoked an important upheaval and past experiences has aroused suspicion on the achievement of its success presented.

Aboriginal youth is perceived as a labour pool for long-term employment for mining (Plan Nord 2012). However, the mining industry is an irregular economic activity because of its dependency on market fluctuation (Schepper, 2012). An alternative solution to ensure its long-term employment and diminish their dependency would be to diversify the economic development (Forum Plan Nord, 2012). Also in other mining sites, the technological evolution and the sophistication of the means of production has replaced low level of qualified employments (Handa,l 2010) and reproduced a structural problem of institutional racism through that form of economic activity (Turino, 1988). Notwithstanding this cold response, the Comité consultative des Premières Nations et des Inuits sur le marché du travail reinforces the necessity to invest on education for Aboriginal communities by considering every domain in which social, family and individual problems may emerge (CCPNIMT, 2011). Concerns about having a rapid access to money arise since it has been shown that it maintains the cycle of violence, drug abuse and alcoholism (Forum Plan Nord, 2013). Unfortunately, Plan Nord hasn’t set up indicators within the economic development plan to measure the improvement of the circumstances in those domains.

Past experiences between Aboriginal communities, the government and mining corporations have left a profound lack of trust. For example, the Innu Nation, aboriginal communities in Uashat Mak Mani-Utenam and Matimekush-Lac, are presently in a legal battle with Iron Ore Company of Canada for past damages on their lands (Peyton, 2015). It concerns a similar economic development plan, which didn’t consider Aboriginals land rights. In addition, another plan called Hydro-Quebec’s development plan, did obligate the government to recognize aboriginal rights to self-governance within the land claim treaty (Wiessner, 1999) and (Frideres, 2011) and was therefore considered a political and social project (Forum Plan Nord 2012). This plan led to the James Bay and Northern Quebec Agreement in which self-governance for the Cree and Naspaki Nations was recognized. It is important to note that the Hydro-Quebec development plan was a collaborative and participatory process for all actors, it gave First Nations a chance to help develop the plan. In contradiction to that, Plan Nord does not recognize any self-governance concerning Indigenous education or traditional economic activity within Aboriginal communities. First Nations were not able to collaborate in the development of the project, but could only join as partners once the Plan Nord was presented (Forum Plan Nord, 2012).

We will now place education and labour force in a broader theoretical framework and will see how they influence each other. Sharpe, Arsenault, Lapointe, and Cowan (2009) argue in their research report that Canada’s Aboriginal population is in crisis because “In 2007, the National Council of Welfare concluded that, “To date, no governmental response has made major inroads into the issues” faced by Aboriginal people” (p.IV). We will focus on the issues related to education and labour force. Many researchers explain that there is a big gap between the educational level of Aboriginals and Non-Aboriginals in Canada (Sharpe, Arsenault, Lapointe, and Cowan, 2009; Spielauer, 2014; Walters, White, and Maxim, 2004; White, Peters, and Beavon, 2009; Chamard, 2013).

This influences their participation in the labour market, because a lower level of education has a negative influence on their employability, which in turn leads to lack of work experiences, and lack of qualification and skills, and causes a challenge for employers to retain Aboriginal workers. In addition, economist Chamard states in the final report of 2013 ‘Portrait of First Nations and Inuit In the Quebec Labour Market that: “Whether they have a degree or not they are less often employed” (p.33). This cannot be fully explained by education only, but has also to do with employment opportunities and geographical distribution of Aboriginals and non-Aboriginals (Sharpe, Arsenault, Lapointe, and Cowan, 2009; Spielauer, 2009).

Especially Aboriginals living on-reserve have less advantageous labour market indicators; they participate less and have fewer opportunities to access employment. Chamard (2013) explains that: “They have fewer opportunities to gain skills necessary to be a qualified professional.” (p.34). This has most often to do with the obstacles they find in their access to higher education, like reluctance to leave their community, limited access to schools, impact of residential school continuing, lack of role models, or lack of (knowledge about) funding. In addition: “Language barriers may be elevated when it comes to a position requiring French or to hone his skills in this language.” (Chamard, 2013, p.76). So in order to increase the labour force participation rate of indigenous people, a higher level of education attainment is needed. Sharpe, Arsenault, Lapointe, and Cowan (2009) stress in this context that government itself can also benefit from improving the social and economic well-being of Indigenous peoples in Canada (through their contribution to labour force), and that education should be the “key component”.  Because attainment of higher education will not only lead to better positions on the labour market but also to higher income, lower unemployment, lower chances to be involved in crime and better health (White, Peters, and Beavon, 2009;. “Having a certificate or diploma roughly doubled the average employment rate and halved the average unemployment rate” (Sharpe, Arsenault, Lapointe, and Cowan, 2009, p.21).

Higher participation rates of Canada’s Aboriginal population on the labour market can help solve the problem of  “the looming long term labour shortages caused by Canada’s ageing population and low birthrate” (Sharpe, Arsenault, Lapointe, and Cowan, 2009, p.29). Next to that, if Aboriginals will be better educated they will be better leaders, which will be beneficial for the economic development of Aboriginal communities. Most likely the government will also benefit from this since it may lead to lower social expenditure and higher tax revenue. Spielauer (2014) notes that it may take time before all those benefits will arise, as he explains: “Besides this huge impact of potential educational improvements on the future labour force, the changes are a slow gradual process, as successive young school-age cohorts yet have to enter the labour market and renew the workforce.” (p.163). Therefore educational improvement of Canadian Aboriginals should be a long-term project.

One of the main objectives of the Plan Nord is the inclusion of Aboriginal communities in their labour force. This inclusion means implementing the right tools and the development of infrastructure to prepare Aboriginal people for the jobs that Plan Nord promises to provide.  Operating within the Plan Nord jurisdiction, there are currently six “Centres de formation professionnelle” (CFPs) and three CEGEPs in the Plan Nord area. (The Plan Nord: Benefitting Local Communities.) As for Nunavik schools, they look to offer what is called “alternative learning paths.” This is part of a new provincial curriculum to prepare students for the work force. However, as we have explained in the theoretical section, one of the reasons that threaten aboriginal people to seek opportunities and to acquire the necessary skills and education for employment is the reluctance to leave their communities. Many of these schools and CFP’S will be sporadically located within the Plan Nord area and can be extremely far away from prospective students that want to be involved. Being away from community and family might pose a deciding factor whether or not to leave their home and gain an education.

In conclusion, we believe that the intention of including Aboriginal communities into the Plan Nord though the labour force and the education framework, is for many reasons, fair and could provide a plethora of opportunities to young aboriginal people throughout the north. It could possibly be positive or pursue the path of institutional racism that maintains Aboriginal peoples in a precarious state of dependence towards institutions. It is with that said that many Cree, Innu and Inuk communities speculate the real intention behind the Plan Nord’s aboriginal involvement initiative. With the promise of work, education and training many people are worried that this might be away to create further dependency on the government. Should Aboriginal education and labour force depend on the Plan Nord for the improvements, if any, of their living conditions?

Sharpe, A., Arsenault, J. F., Lapointe, S., & Cowan, F. (2009). The effect of increasing Aboriginal educational attainment on the labour force, output and the fiscal balance (No. 2009-03). Centre for the Study of Living Standards. 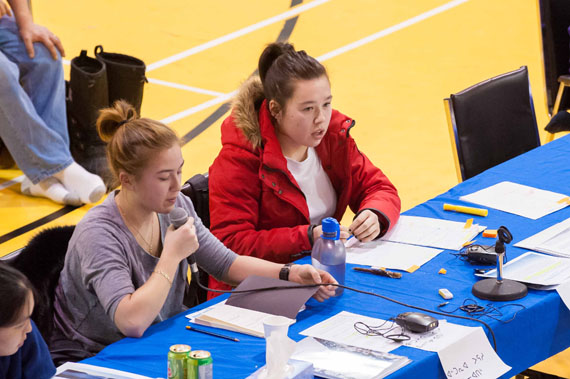 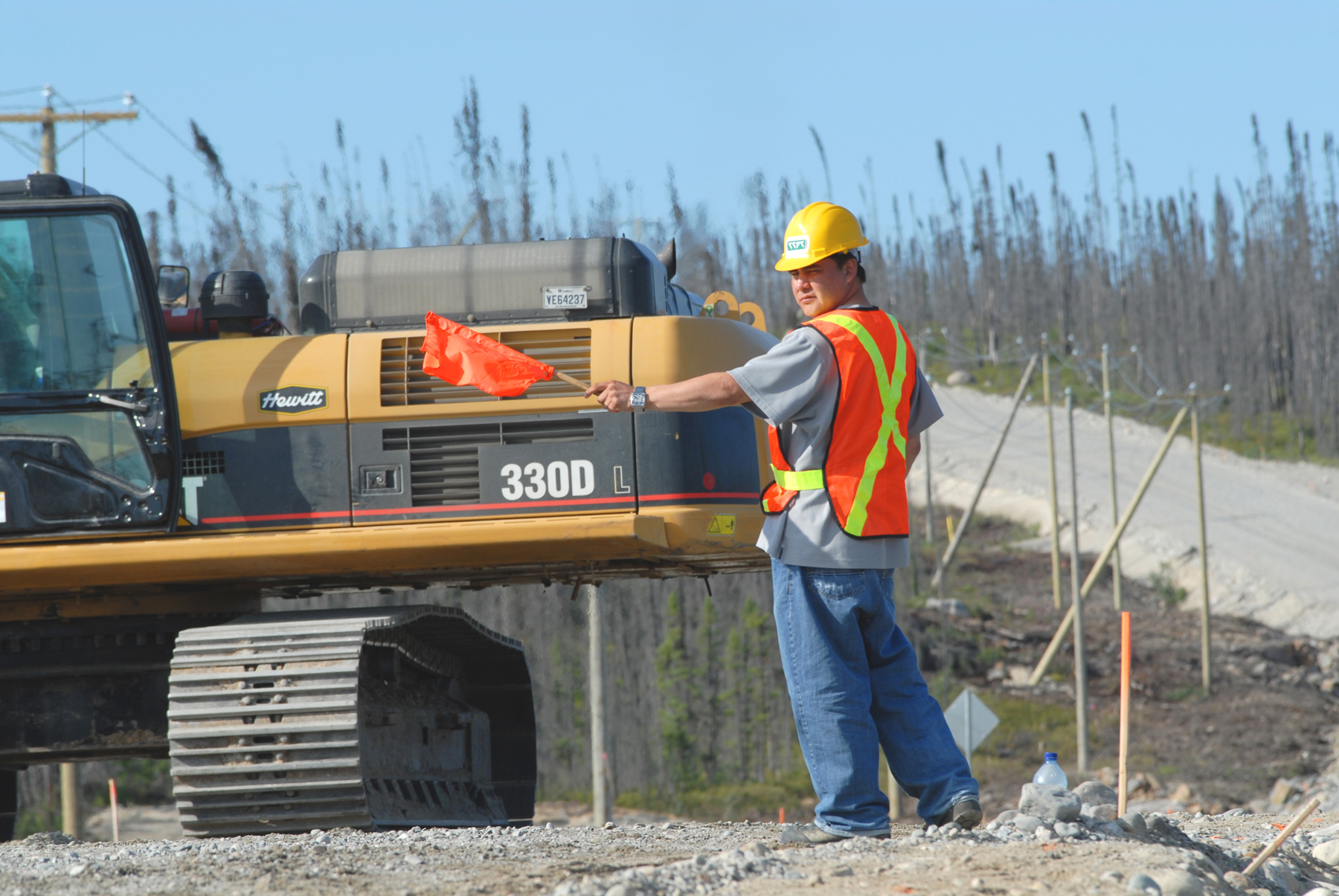