It is difficult to write in favour of a mining company such as Goldcorp which across many countries has been ethically one of the worst companies. In the case of Guatemala, the installation of the Marlin mine caused many harms and violations to several Mayan communities who were displaced by force, lost their access to water, contaminated by open pit-highly toxic processes, which resulted in causing diseases in the surrounding population and were repressed by force when they resisted even in certain cases there were political killings (Schertow, 2014). For more information on the destruction caused by the Marlin open pit mine in Guatemala:

Even within Canada, there are many companies that have created different mining and hydroelectric projects without consulting the first nation communities living in the surrounding areas and basically have been benefiting from their land without their consent. In the case of the Cree nation of Wemindji, one of the richest First Nations communities in Quebec, the Cree, having one of the largest armies of lawyers and a lot of experience with previous mines within their territory were able to strike a deal with Goldcorp in which mining could be actually done sustainably and serve as an example for future mining both in Canada and around the world.

On January 26th, 2011, the council of Wemindji along with its chief unanimously accepted the opening of Éléonore Gold Project proposed by Goldcorp. It was later accepted February 3rd of the same year by the Grand Council of the Crees (Eeyou Istchee) and the Cree Regional Authority (Goldcorp, 2011). The signing of the agreement is in effect until the closing of the mine and recognizes that Goldcorp will first of all, respect the Cree rights and interests within their territory, but will also provide employment, business opportunities, training and education initiatives as well as give a variety of fixed payments back to the community (Goldcorp, 2011).  The final agreement to start the mining was signed February 21st between the Cree nations, the mining representatives in the Opinagow Collaboration Agreement (Goldcorp).

As of July 2015, the mine is employing 1,265 people with 21% of the workforce identifying themselves as Aboriginal (German, 2015).The Cree managed to involve this development even farther within their community in which they were able to invest in cultural protection services as well as boost the economy while at the same time ensuring a sustainable deal with the company protecting their territories and environment for the future generations (German, 2015). The main problem that is still difficult to establish today, whether this mine should serve as an example for other First nation communities or whether it should be taken with a grain of salt as the Cree having already been a wealthy community after they secured, in 2002, the ‘Paix des Braves” agreement and an associated 3.5 billion dollars over 50 years (Gee-Silverman). With this significant financial resource, the Cree nation was able to bargain extremely well for its rights by having a group of very good and knowledgeable lawyers especially about the issue of mining who were able to protect the Cree interests by helping them write the ‘Cree Nation Mining Policy’. If this were to happen within another community, such as in Sherfferville, without the same capital to invest in lawyers, striking a deal with these companies could result in a very different story.

Goldcorp Éléonore | Building the Connected Mine 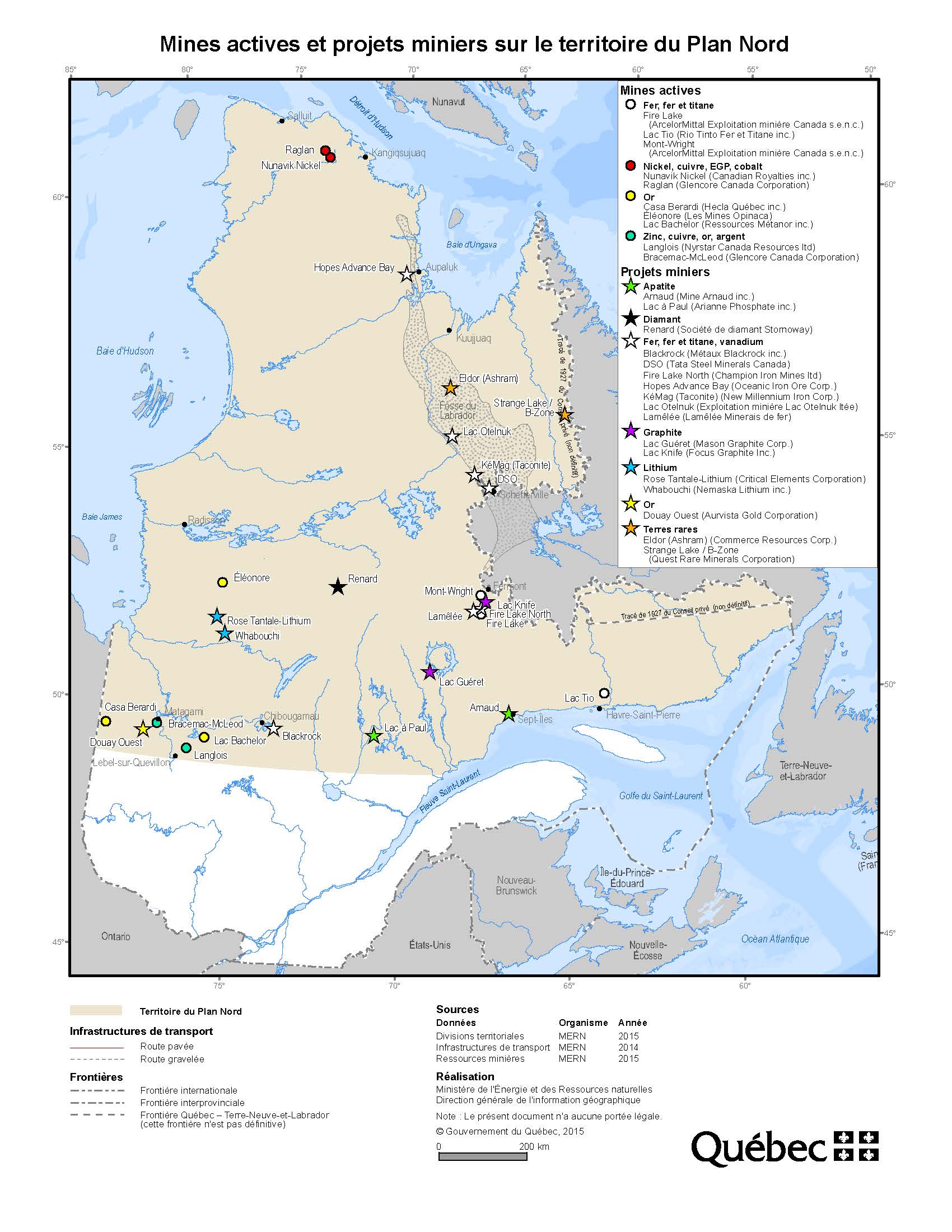