Aboriginal-State relations in the pre-Confederation period 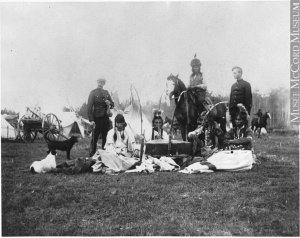 Canadian Aboriginals are numerous and diverse, with each nation possessing their own languages, social and political organization, and way of being. The Europeans arrival to Canada was the beginning of the intricate political relations which they would share with the Aboriginals; these relations were at times both friendly and hostile. The resources and knowledge which the Aboriginals provided the Hudson’s Bay Company was essential for the company’s success as well as increasing and maintaining the European economic system at the time and following the colonization of North America. The battles between French and English colonies often included Aboriginals as allies, however, the intense conflict led to the creation of The Great Peace of Montreal of 1701 where Aboriginals took a stand against the violence. The colonization process and increase in European settlers altered the traditional Aboriginal way of life; natural resources were becoming scarce in areas that had been primary hunting grounds, and the diseases which the Europeans were already immune to had deadly effects on the Natives. For example, an entire Aboriginal nation, the Beothuk of Newfoundland, was annihilated.

There were numerous land, peace and friendship treaties in Canada prior to the Confederation. The first formal legislation placing responsibility of Aboriginal-settler relation in the jurisdiction of various colonial Governors was passed by the British Parliament in 1670. It included the following main elements: 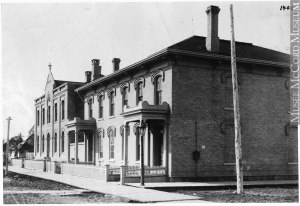 In 1755 the Indian Department was established as an operational arm of the military. The Royal Proclamation of 1763 acted as the first Bill of Rights for Aboriginals and acknowledged the shared jurisdiction between Europeans and Aboriginals by setting out the rules of territorial management with the Crown as the only one in position to acquire aboriginal lands. It is considered as the first model of tripartite relationship with sovereign rights to land; nation-to-nation relationship based on shared jurisdiction.The Royal Proclamation aimed to protect the hunting grounds of the Indian tribes, reserving them for the use of the Indians, though power over most Indian affairs was exercised by the Superintendant on behalf of the Indians. Nearing the end of this period, there was a clear change in motivation and intention vis-à-vis the Indians and their territories, leading towards the formation of a formal Indian Department, and the creation of procedures of acquiring lands.Breaches to this Act led to resistance on behalf of the Aboriginals, requiring the creation of more treaties to firmly establish their rights and land claims. For example, between 1837-1838 rebellions in Upper and Lower Canada led to the signing of the Act of the Union in 1840. These disputes provided the Indian Department with a new mandate: the assimilation of Aboriginals into European society. The Bagot Commission of 1842 provided a justification for leasing, licensing or permitting settlers to cut timber on the Indian territories, discontinuing the tradition of ‘gifting’ the Indians, for adopting measures to confirm Christianity by introducing it early to children through formal schooling, and the formation of Industrial schools.[1]

Most interestingly, the creation of the Upper Indian Protection Act in 1850 provided the definition of an Indian (presumably the first definition which would be the basis for future government definitions), while definition in Lower Canada was different because it included all women married to an Indian and their children, but not non-Indian men married to Indian women, and thus created the notions of Status and non-Status Indians. The Gradual Civilization Act passed in 1857 introduced enfranchisement as a way to extinguish the status of an Indian, by setting conditions that if met would grant an Indian the same status as a white.[2] Over time, it became apparent that the measures being adopted were failing, but the philosophies informing the policies did not. 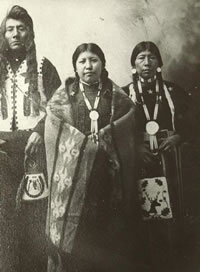 Federal legislation after the Confederation

Nova Scotia and New Brunswick joined the Province of Canada in 1867 thus creating the new nation of the Dominion of Canada. Aboriginals and their lands were transferred under the jurisdiction of the federal Parliament as per section 91(24) of the Constitution Act. In 1868 the Canadian parliament passed the Act to provide for the organization of the Department of the Secretary of State of Canada and for the Administration of the Affairs of the Indians and of the Ordinance that provided the federal government with control over the management of Aboriginal land, property and funds. In 1869, parliament passed the Act for the gradual enfranchisement of Indians, which was intended to help the Aboriginals integrate into 'white' society. The Act was incredibly gender biased, and although Aboriginal men could marry non-native women and keep their status, Aboriginal women could not.[3] The principles of ‘guardianship’ over Indians found in previous legislation and practices were consolidated in the 1876 Indian Act, the first draft and subsequent amendments. Under this Act, three areas of responsibility under Band councils were defined: allocation of reserve land, law-making powers and local government, or band elections. The Act took elements from the Civilization and Enfranchisement Act, the Lower Canada Indian Protection Act provisions of blood quantum, and loss of status for female ‘out-marriage’. Later, in 1876, further revisions defined Indian status in terms of band membership and Indian blood, and sought to further consolidate laws stemming from the Upper and Lower Canada Acts, making it their official policy that the Indians be treated as minors. Illegitimate children, foreign residency and marrying out held the consequence of loss of status. 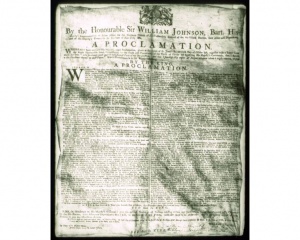 The Indian Advancement Act of 1884 was passed to allow Aboriginal bands to self-govern and have full responsibility of their own affairs. The Franchise Act soon followed in 1885, and was passed to allow all male Aboriginals to vote in Canada. After some disagreements among the non-native community, the act was repealed. It was believed that Aboriginals were not responsible or serious-minded people, because they did not own property or pay taxes and therefore should not be allowed to vote.By the late 1800s, the policy toward civilization of Western Indians and western settler expansion was failing by government standards. A transitional Indian policy sought to make Indians more independent, but also paradoxically gave greater authority over band affairs to the Superintendant-General.[4][5][6]