The White Paper and Citizen Plus

The White Paper and Citizen Plus 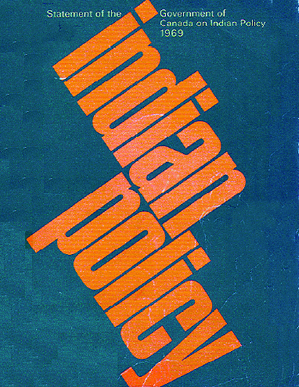 Canada has promoted human rights since 1960 when it enacted the federal Bill of Rights and later in 1982 with the constitutionally entrenched Charter of Rights and Freedoms. However, upon further inspection in regards to the treatment of Aboriginal peoples, they are far from being an ideal model. For example, the United Nations Human Rights Committee has found Canada guilty on several counts of violation of international human rights toward the Aboriginal people [1]. It is ironic to realize that Canada is known as a promoter of human rights when they have never respected those of the Native peoples.

In 1969 Jean Chretien, then Minister of Indian Affairs in Canada, proposed the abolition of the Indian Act through the creation of the White Paper. He was quoted saying, "[…] the separate legal status of Indians and the policies which have flowed from it have kept the Indian people apart from and behind other Canadians. The Indian people have not been full citizens of the communities and provinces in which they live and have not enjoyed the equality and benefits that such participation offers" [2]. In addition to the rights and duties of citizenship, aboriginals possess certain additional rights as charter members of the Canadian community. The White Paper recommended the immediate elimination of all programs whose goal was to force assimilation of Aboriginal people into Canadian society. Also, the White Paper put forth the idea that all peoples from First Nations are provided with the opportunity to choose their own life, whether it is one within existing aboriginal communities or within the cities of Canada. The main legislative changes were: the dismantlement of the Indian Act, which eliminated Indian status, converted reserve land into private property, and added provincial responsibility. This required the government of each province to regard their aboriginal citizens as equals and finally abolish the Indian department. 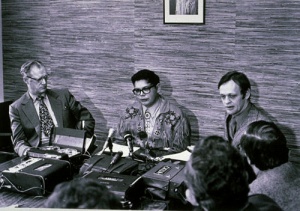 In response to the White Paper, Harold Cardinal and the Indian Chiefs of Alberta speaking on behalf of Aboriginals in Canada expressed opposition stating that the White Paper did not reflect the demands of First Nations people. According to the Hawthorn Report published in 1966, “Indians should be regarded as “Citizens Plus”. However, during the creation of the White Paper, the Hawthorne report was ignored and the opposition forced Trudeau and the Liberals to begin backing away from it. A major highlight of the Red Paper was that Indian status rights should be maintained until Aboriginals are prepared and willing to renegotiate them. According to the Aboriginal people, First Nation’s organizations should be given the chance to self-govern so that they may determine their own priorities and future development of their communities. Aboriginal people also feel the government has no right to claim ownership over their land because it is only entrusted to the government. Therefore, the Canadian government should respect the Aboriginal peoples’ right to self-enfranchisement and allow them to control their land in such a way that respects their culture, history and legal rights.[3][4][5]

Following widespread protests, the White Paper was withdrawn in 1971. First Nation communities were appalled at how the White Paper failed to address major concerns expressed by Aboriginal leaders during the consultation process. It did not contain any special provisions to ensure that First Nations’ special rights would be recognized, nor did it outline any provision that would protect titles to Aboriginal land and Aboriginal treaty rights. Most importantly, the White Paper failed to outline a process within which Indigenous leaders could participate in the Canadian policy making. Although the White Paper did acknowledge social inequality between Aboriginal people in Canada and regular Canadian citizens, and hoped to redress the federal government’s mistakes in the past in regards to respecting Aboriginal rights, it was not regarded as a “fair” piece of legislation.[6] According to Harold Cardinal, the federal government was simply “passing the buck” onto the provinces. By doing this, it would be delegating the responsibility of Aboriginal people and the problems they have caused them onto the provinces. He famously summed up Aboriginal views towards the Indian Act: 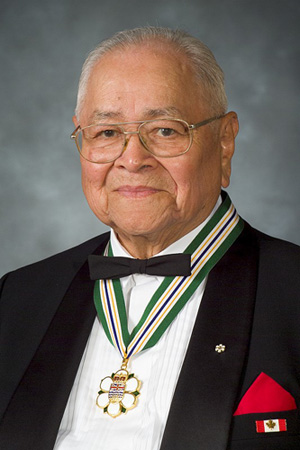 We do not want the Indian Act retained because it is a good piece of legislation. It isn’t. It is discriminatory from start to finish. But it is a level in our hands and an embarrassment to the government, as it should be. No just society and no society with even pretensions to being just an long tolerate such a piece of legislation, but we would rather continue to live in bondage under the inequitable Indian Act than surrender our sacred rights. Any time the government wants to honour its obligations to us we are more than ready to help devise new Indian legislation.[7]

Soon after the withdrawal of the White Paper, Aboriginal communities stepped forward to reclaim their rights and territories that once belonged to them. In what is known as the Calder Case, the Nisga’a elders of British Columbia claimed that their Aboriginal entitlement to certain territories in the province had never been lawfully extinguished. They had hopes of obtaining a declaration of their rights in traditional territories in order to negotiate a treaty. However, both the British Columbian Supreme court and Court of Appeal rejected the case. Finally in 1971, Frank Arthur Calder and the Nisga'a Indian Tribal Council teamed up against the British Columbia government and went to the Supreme Court. There was a three versus three split in the Supreme court’s decision demonstrating for the first time that not only was the Nisga’a elders land claim valid, but that Canadian law acknowledged that Aboriginal entitlement to the land existed prior to colonization.[8] 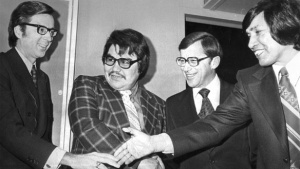 Then Quebec premier Robert Bourassa, left, shakes hands with Inuit and Cree representatives in Montreal on Nov. 15, 1974, after Quebec signed a hydro agreement with the Cree in James Bay. Next to Bourassa is Billy Diamond, former Grand Chief of the Cree Grand Council

Another example of Aboriginal people fighting for their rights would be the James Bay Cree Case of 1971. This case came about because the Quebec government announced the creation of the James Bay Project, which required the displacement of several communities. The Cree were not consulted and the potential damage from the project was never examined. In 1972, the Cree approached the two governments in order to negotiate the development plans. Following refusal by the provincial government, the Cree and the Inuit communities took the Quebec government, the federal government, Hydro Quebec, and the Société de development de la Baie James to court. During the trial, the Cree argued that they retained entitlement to the land and had never formally surrendered it since no treaty had been signed by the province. They speculated that permanent and irreversible environmental damage would impede their lifestyle (fishing, trapping, hunting etc.) and that the construction of the highway would be a threat to the continuity of their culture and society. This was the longest temporary injunction hearing in Canadian history.[9]

The repatriation of the Canadian Constitution

The repatriation of the Canadian Constitution by the Trudeau government in 1982 marked a crucial time for the Aboriginal Peoples of Canada. The government had refused to take into consideration the rising concerns which the Aboriginal people were having in regards to their rights especially since the White Paper fiasco. They feared the repatriation would occur before they could discuss the matter with the Prime Minister and in an act of defiance towards the plans to repatriate, 300 First Nations leaders marched to Parliament to protest against Trudeau’s plan to precede unilaterally.[10] It was clear that Trudeau was eager to push the Act through in order to accomplish the entrenchment of language rights and an amending formula, and not much else was being considered. However, the Supreme Court of Canada provided Trudeau with a controversial reading of his proposition for Constitutional reform; although the provinces consent was not required to continue, his plans would affect provincial jurisdiction and as such the court recommended that he seek the approval of more provinces in order to justify his actions.[11]

This Judicial Review was helpful for the Aboriginal peoples as it forced the Trudeau government to seek more support for his Constitutional plans, thus forcing him to consider the demands of the First Nations people. Although the First Nations leaders were not a part of the formal Constitutional amendment discussions, Trudeau included Section 35 to the Constitution as an attempt to protect the rights of the Aboriginal people.[12] This section states;

(1) the existing aboriginal and treaty rights of the aboriginal peoples of Canada are hereby recognized and affirmed,

(3) For greater certainty, in subsection (1) "treaty rights" includes rights that now exist by way of land claims agreements or may be so acquired 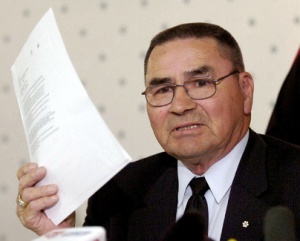 Dr. David Akenakew picture taken in 2005, National Chief of the Assembly of First Nations from 1982-85.(source)

(4), Notwithstanding any other provision of this Act, the aboriginal and treaty rights referred to in subsection (1) are guaranteed equally to male and female persons.[13]

After the Constitution Act of 1982, a series of First Minister Conferences (1983-87) followed marking the first time in Canadian history Aboriginal leaders were represented in Constitutional talks which affected them. Unfortunately, the attainment of self-government for First Nations was out of the question. Trudeau’s vision of Canada was not one fragmented by various societies, but a plurality of people under the umbrella of being Canadian; he considered self-government to oppose this outlook. The Provincial Premiers and Prime Minister Brian Mulroney had similar outlooks on the idea of Aboriginal self-government. After numerous discussions between First Nations leaders such as David Ahenakew, Chief of the Assembly of First Nations and numerous Aboriginal organizations such as the Native Women’s Association a small accomplishment was made with the addition of section 35(3) to the constitution which provided for greater certainty that the rights and land claim agreements were to be given the same Constitutional protection as the rights in treaties. First Nations leaders continued to press for the right to self govern in both the Meech Lake (1985) and Charlottetown Accords (1992).